Saturday March 7, 2015
Kabul (BNA) The 20th martyrdom anniversary of late Abdul Ali Mazari was observed here with the participation of thousands of people prominent among others by Second Vice President, Sarwar Danesh, house of people chairman, Abdul Rouf Ibrahimi, ex-president Hamid Karzai, former vice president Karim Khalili, Mohammad Mohaqiq, Salahuddin Rabbani and lawmakers in the western edge of Kabul city, BNA reported. In his address via video conference, President Mohammad Ashraf Ghani, described the late Mazari a great personality in the contemporary history of Afghanistan, saying the late Mazari during the war believed that war is not the solution. Addressing the occasion, Danesh lauded the late Mazari’s role in the recent history of the country and said that the late Mazari didn’t believe in racism, rather he thought about Afghanistan and its people. Mazari was of the view that Afghanistan is the home of all Afghans, vice president Danesh said. Danesh also added that the government of national unity is firm to fight corruption on priority basis. In his address, the former president Hamid Karzai besides paying tribute to late Mazari emphasized for supporting national unity and backing the government of national unity. Addressing at the conference, the former vice president Khalili besides paying homage to late Mazari, said  that the people wants the government to do its best in release of 31 passengers abducted by terrorists recently. House of people chairman Ibrahimi, Mohaqiq and foreign minister Rabbani also spoke at the ceremony and paid tribute to the late Mazari. 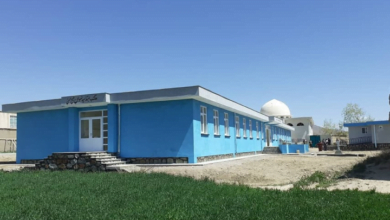 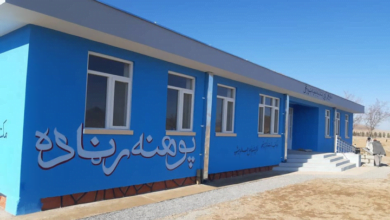