Tuesday, December 17, 2019
Kabul (BNA) Acting Minister of Information and Culture, Hasina Safi, met with US Chicago University senior advisor and his accompanied delegation here in her office yesterday, Bakhtar News Agency reported.
Prof. Dr. Gil Stein briefed the acting minister on Chicago University’s activities, saying they have been assisting the Afghan National Museum and Archeology Institute for over seven years to protect the Afghanistan cultural heritage. He said the Chicago University was assisting the national museum on Hadah historical site in Nangarhar, mobile museum program and specifying of archeological sites via aerial photos with the archaeology institute of Afghanistan, the agency added.
Hinting to Hadah historical site that its archaeological excavations began in 1930, Prof. Gil said the site was owning rich Buddhist relics that was destroyed by Taliban in 2001, but protected by the National Museum staffs, adding the University was helping the national museum to restore the artefacts since last two in half years and an exhibition of which to be launched in coming one year, the agency quoted him as saying.
“Aerial photographing of the archaeological sites have been conducted across the country on the basis of the instruction of the President of the Islamic Republic of Afghanistan to prepare an archaeological map for the country so that to effectively use the ancient sites for the economic growth of the country,” he added, as quoted by the agency, saying 12 thousands ancient sites have been discovered across Afghanistan.
He also briefed the acting minister on Mobile Museum program, saying the National Museum of Afghanistan and rich cultural heritage of the country have been introduced to school students in provinces of Balkh, Herat, Bamyan, Nangarhar and Kandahar. “The program has been organized in 144 schools and eased 12400 students with information on national museum and cultural heritage of Afghanistan.”
Pointing to organizing of five rounds of GIS training programs for the staffs of the archaeology Institute, Prof Gil said the programs were held in US and would be continued for another year. He also said the archaeology department should be informed prior to implementation of any development projects and the map would help protect the ancient sites across the country.
Thanking US embassy support for protection of the historical monuments and relics as well as training of the National Museum and Archaeology department employees, Minister Safi said the Mobile Museum program was playing effective and key role in introduction of Afghanistan’s rich history and cultural heritage to the young and future generation. The minister asked for further implementation of the program in other districts and provinces.
Hinting to importance of international organization’s support for protection of the Afghanistan cultural heritage and historical monuments, acting minister of information and culture said Afghanistan’s cultural heritage was belonging to the whole world, they agency added. 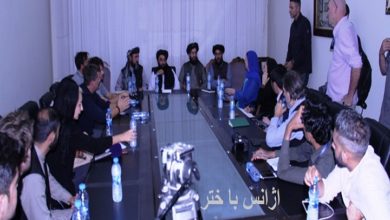 Taliban Must Stop Violence, Intimidation and Harassment of Journalists: AJSC 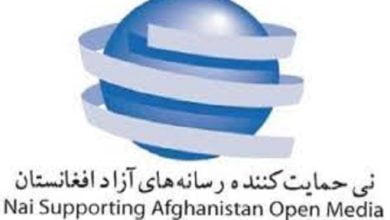