Kabul (BNA) World Health Day April 7 (Hamal 19) is marked everywhere in the world.
In 1948, the World Health Organization (WHO) enacted the first health statute in New York, where April 7 resolved to be marked as the world health day, while in June (same year) the world health organization’s general assembly, with representatives from 61 world countries was held in Geneva, after then, all world nations are now willingly celebrating the day each year.The health issue, then turned into a global matter that had been lodged in the world’s long-term economic, social and cultural development programs. Likewise, in the big cities of the country, in order to use the available opportunities for establishment of health centers for delivering good health services to the people, work for food safety and health service development could form the government’s priority. Considering how it matters worldwide, based on the people need, the ministry of public health and other related entities has the responsibility to regularly step up to the establishment of the health centers and monitor the health social services process. However, the services made in this field by the ministry of public health in the recent several years are laudable, but there are many insanitary cases in different parts of the capital city, where the vendors are delivering the expired food along the streets, causing outbreak of various disease among the consumers.
The ministry of public health should do its best to tackle the problems and in cooperation with the organs concerned, should collect the food vending individuals along the roads. Afghanistan makes one of the world’s countries with high level of various children malnutrition and is the one of the few countries with more than 38 registered polio cases among the children. Failure of the organs concerned to launch public awareness programs among the people to help them kept away from the cases is also one of the problems that could reduce the ailment cases in the country’s big cities. To follow sanitation, the following points should be focused: Holding specific monitoring measures and setting up joint work teams in the pubic sites with close link to the people’s health and stepping up to collection of the street foods from across the city, Providing the households with less incomes with long-term programs in order to help them get employment to refrain from the provided streets foods consumption, Tasking the national standard administration to help the people health improved through a complete monitoring program on the quality of the food as well as cooperation with the ministry of public health in production and delivering of the food.
Lailuma Noori

China to Donate 400,000 Vaccines to Afghanistan 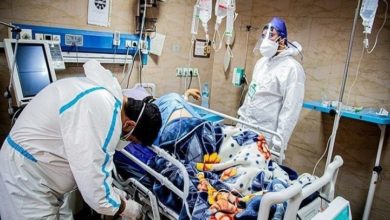