Monday April 28, 2014
Kabul (BNA) A group of 5 persons thieves arrested by police forces in Kabul city.
Wais Taj security director of third precinct of Kabul told BNA, the arrested thieves had criminal record and security forces since the long time trying to arrested them.
It has been said, the thieves accused of stealing, robbery and looting arrested.
Taj added, they had active role in first and third precincts of Kabul city. 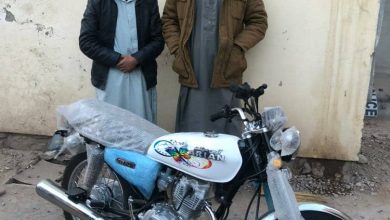