Wednesday June 18, 2014
Kabul (BNA) The draft law on anti-money laundering and counter-terrorism financing was recently approved by the lower house in eight chapters and seventy articles.
The law will be discussed in France Central Bank and Afghanistan will not be included in the blacklist. We would like to deal with money laundering prior to everything.
Money laundering or cleaning of money is the hiding of original sources of commodities stemming due to crimes and changing of illegal money to apparently clean. Finding of original source of illegal properties including lands, apartment, house, inns, cars, trucks and vehicles, palaces, factories, air and land transportation or cash money which have been earned with and through thousands tricks is apparently a difficult work.
But the easiest way to achieve this goal for legal and detective authorities is to survey the assets and properties inside and outside the country through collecting precise and reliable information by detective organs, about individuals, political and social institution, previous occupation and hereditary properties of individuals. In our country, the owners of properties and illegal money often transfer their assets and properties to local or foreign banks under the cover of their relatives, reliable friends and old traders. This causes the ordinary people to consider or believe that the illegal properties and money of criminals of the society as a god-sent gift. While this believe is clearly against Islamic Sharia, because Allah the Almighty never supports criminals.
Historically, money laundering was focused by international organizations since the mid-80s while prior to that the world law makers did not notice such illegal crimes and diabolical actions and the criminals could easily conceal this illegal money and properties which earned them from robbery, drug trafficking, kidnapping, high-way robberies, embezzlement, political and commercial transactions and other illegal actions, transfer them to local and foreign banks. Laws were codified in majority of countries which their leaders have political and moral honestly.
Money laundering is the biggest threat for the financial system of the world countries. The 1988 convention became the foundation for the anti-money laundering law and the world countries agreed on this issue respectively. Until 1990 sixteen countries became members of anti-money laundering convention. In 2002, 48 principles were accepted by European Commission, World Bank and the IMF as basis for anti-money laundering law and illegal properties. Today over 30 countries of the world have accepted this principle. The UK government was the first who imposed restriction against money laundering. In our country, there are certain ways of prevention of illegal money and properties.
Tasking of an independent commission of government and non-government institutions on prevention of with-drawing of money in form of currency to outside, approval of anti-money laundering law, prevention of financial corruption at different level, return of illegal money into the state budget, accountability of the sources of suspicious properties of senior government authorities, partners-hipping of media and political organizations in detection, disclosure and arrest of criminals and imposing of heavy fines on criminals will help to collect illegal properties. At present, the approval of anti-money laundering and counter-terrorism financing law could improve reputation of Afghanistan banking system to the world banks. At the conclusion, the anti-money laundering and counter-terrorism financing law is a complete law and prevent corruption. 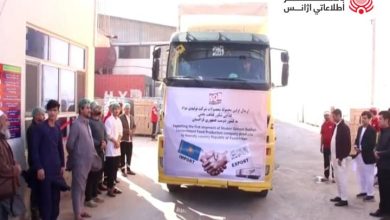 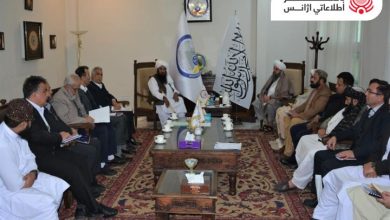 Iranian Businessmen to Invest in the Mining Sector of Afghanistan 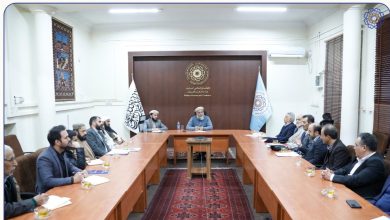 Aziz Called on Iranian Businessmen to Invest in Afghanistan