KABUL (BNA) The Ministry of Defense (MoD) in a statement on Saturday rejected reports of an assassination attempt on acting Defense Minister Mohammad Yaqoob Mujahid.

The statement quoted Enayatullah Kharazmi spokesman for the Ministry of Defense, who said after the Minister visits to Nangahar on Friday, rumors circulated in the media about his assassination attempt which is not true.

Kharazmi said the Minister’s visit to Nangarhar was fruitful, no incident took place during the trip he mentioned.

The acting Defense Minister Mawlavi Mohammad Yaqoob Mujahid, had traveled to Nangarhar on Friday to assess the security situation in the province.

Following his trip, reports on social media circulated about his assassination attempt But the Ministry of Defense rejected the media reports saying the reports are baseless and far from the truth. 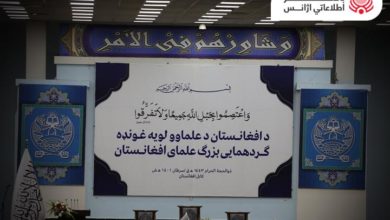