Sunday, July 18, 2021
Kabul (BNA) The Balkh-Samangan highway was cleared from armed Taliban last night.
An official from the press office of the 200th Shaheen Corps told BNA that the security forces cleared the Balkh-Samangan highway from the armed Taliban by launching an operation backed by the air force.
Twenty-eight insurgents were killed and 23 others were wounded in the clashes, and ten enemy motorcycles fell into the hands of the security forces, he said.
T. Yarzada 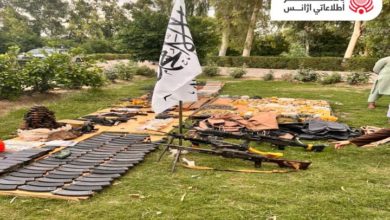