KABUL (BNA) The General Directorate of Bakhtar News Agency in his return from Iran had traveled to attend the OANA 18th assembly announced the opening of BNA’s new branches in Tajikistan, Pakistan, and Iran.

Ryan said at the sideline of the OANA 18th assembly the countries of the region, mainly Afghanistan and Iran, have suffered a lot from the cultural invasion of the West, adding, that the media plays a significant role in the fight against cultural aggression.

He asked the media representatives of OANA in the region to present the actual image of Afghanistan to the world.

Rayan in an interview, with Iran state media IRNA, asked the media representatives of the OANA organization and the regional countries, “if they want to help the Afghans, then they should publish facts about the current situation in Afghanistan,”.

After decades of US invasion of Afghanistan, now the country is under sure security, and even though many crises have been inherited from the time of the occupation, the current situation is getting better day by day, Rayan stated during his interview.

He stressed that the regional and international media should present the real picture to the world and publish the facts about Afghanistan.

The General Director of BNA hopes for the agency to start broadcasting in two other languages Chinese and Urdu shortly.

At the current time, the Bakhtar News Agency broadcasts in 6 languages that include domestic and foreign languages Dari, Pashto, English, Uzbek, Arabic, and Russian. 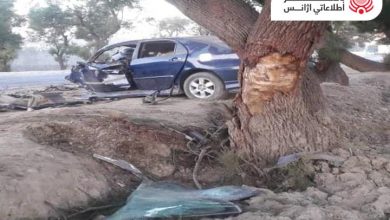