Tuesday, June 17, 2014
Kabul (BNA) The periodical meeting of Council of Ministers with President Hamid Karzai on the chair held meeting in Arg yesterday. Presidential press office stated BNA, at the outset of the meeting, the council of ministers congratulated holding second round of balloting held on June 14 amid tight security to the Muslim nation of Afghanistan, noting the sacrifices of the national security forces had facilitated the people to vastly participate and cast their votes to their favorite candidate in the race.
Members of the council of ministers hailed the coordination and harmony among the national army, national police and national directorate for security for providing security on the Election Day and termed it as important step towards professionalism.
On the other hand, members of cabinet had also lauded the role of mass media of the country and reporting the tendency of people towards democracy, repulsing the terrorist attacks by the security forces and the firm resolves of the nation to determine the country’s future destiny through democratic means.
Members of the council of ministers, besides appreciating the people for their vast participation in the voting also prayed for the departed souls of civilians and military personnel who were martyred on the voting day and also wished patience for their families. They also prayed for the early recovery of those sustained injuries on the day of runoff polls.
The participants in the meeting of council of ministers also strongly condemned cutting off the fingers of 11 people in Herat province by the enemies of Afghanistan as punishment for having voted, instructing the ministry for interior and national directorate for security to bring to justice those behind the heinous crime in its earliest.
Similarly the council of ministers called upon the independent election commission and the election complaints commission to keep in mind the sacrifices of the security personnel and the trust of nation, respect the votes of people and thoroughly examine the complaints filled with.
The council of ministers also urged the presidential candidates, their supporters and the whole nation to accept the result of the polls with patience and don’t allow the malicious designs of the enemies to be succeeded.
The council of ministers also tasked the advisor on national security to cooperate with the ministries for refugees and repatriation, tribal affairs, public health and interior with regard to settling of refugees who are displaced on the other side of the Durand Line and report the outcome to the presidential office.
At the end of the meeting, the minister for foreign affairs briefed about three international agreements which include cooperation protocol between the ministry of foreign affairs of Afghanistan and foreign ministry of Kyrgyzstan, agreement between Afghanistan and UNESCO and agreement between Afghanistan and Turkey on cooperation in the fields of military and reconstruction. 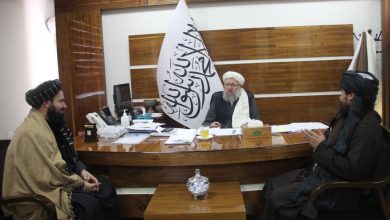