Kunduz (BNA) The construction work of a bridge started in Kunduz province yesterday.
According to BNA, a function was held for this purpose with present of in charges of Kunduz province, the head of public work of Kunduz Engineer Burhanuddin Shinwari said, the construction work of the bridge was started by German Foreign Ministry and implemented by JIZ office, will be completed within six next month.
Abdul Jabar Naemee governor of Kunduz expressed his gratitude to the permanent cooperation of Germany especially in Kunduz province.
He described that Shirkhan Port as one of the important economy highway,
He said that each citizen has a great responsibility in securing and monitoring of project and maintenance and care of public projects, especially the construction works of the Bridge.
T. Yarzada

Ahead of Eid Al-Adha 109 Prisoners Freed 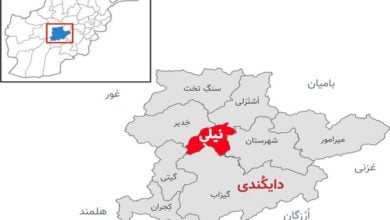