Kabul (BNA) Chairing a meeting of the Council of Ministers’ Economic Committee (CMEC), Chief Executive, Dr. Abdullah Abdullah said that expansion of economy depended on the country’s domestic products and the private sector, a statement from his office said Tuesday.
The statement quoted the CE as saying that the government was committed to provide all needed facilities to help economy grow, increase domestic products and strengthen the private sector.
In the meeting, Mustafa Mastoor, the minister of economy provided plans for the domestic products growth, reduction in trade deflection, unemployment and poverty, under which, the country’s growth and reduction model has been discussed.
He predicted the country’s economy growth by 5.5 percent until 2025, if basic change brought in the policies and balance between imports and exports.
Pointing to what the minister shared at the meeting, the country’s CE instructed the ministry of economy to share all needed plans to help the required coordination restore among the ministries, said the statement.
The country’s chief executive instructed the ministry of foreign affairs to report in details the Istanbul Process works development in order to be discussed in the next diplomatic meetings.
He also said the ground should be prepared for the meeting of the private sector at the threshold of the Istanbul Process ministerial meeting in Turkey. 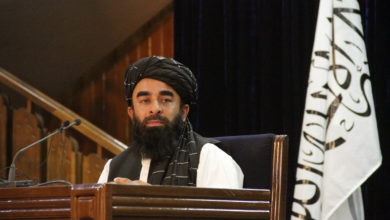