Tuesday, May 27, 2014
Kabul (BNA) Bamyan is one the ancient regions of Afghanistan which is known world over because of its cultural legacy and historical heritages. The two Buddha statues known as Salsal and Shamama reflect the ancientness and cultural mirror of the province. Alongside the Buddha statues the province is also known because of several other tourism fascinated sites such as Band-e-Amir, Zahak city, Gholghola city, Ajar Valley, Azhdar Valley, Foladi Valley, Kakarkoi Valley. Bamyan also keeps prominent name because of its weather and climate and there are several types of unique birds and animals such as Markopolo deer.
“A museum is expected to be established in Bamyan, for this purpose, two plans have been discussed in a meeting held in Italy, two plans have been tabled by Japan and Germany, after persistent struggles, finally the Korean embassy in Kabul shown readiness to provide an amount of $5.4 million for establishment of the museum and UNESCO will implement the plan,” Kabir Dadras, head of provincial information and culture department said. “Museum will save hundreds of relics from distractions which belong to pre-Islamic ear as archeologists have strived more over the last thirteen years to discover these ancient relics and currently saved in depots in professional manner,” Dadras added.
“In recent years, many of the relics have been transferred to Kabul due to lack of proper lace to keep them.” “Bamyan is an ancient province which is rich of cultural heritages and relics including the ancient Buddha statues and establishment of museum in the province will attract more tourists,” local resident Nahid said. This comes at a time that two prominent assets of Bamyan province including the Buddha statues have already been destroyed by the Taliban regime and many other are already on risk of devastations. The Bamyan province is nominated as the SAARC cultural center for the year 2015. 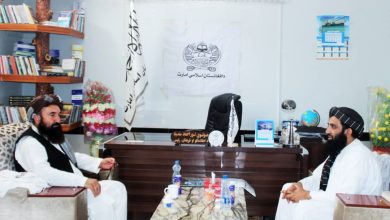