According to the Ministry statement, during his visits minister Noori met with the Governor of the province, nomads, and other Hazara minority groups in Bamyan.

Issues of locals and nomads from the districts and capital of the province were discussed in a meeting headed by the minister.

The delegation initially listened to the main concerns of the people over land and swamps and then listened to the views of the representatives of the 12-member joint commission appointed by the governor of Bamyan.

In a meeting, deputy chief of Intelligence Haji Najib told the people: “Anyone who has a claim or their land has been usurped should demand their rights through the commission. No one should try to restore their rights on their own and by force.” adding that thousands of people’s lands had been usurped during the last 20 years of occupation and 40 years of war. But for now, the courts of the Islamic Emirate have been working day and night to bring the truth to justice.

In the end, the delegation reached a comprehensive agreement among the people, and it was stressed that in the future, problems will be resolved through dialogue. 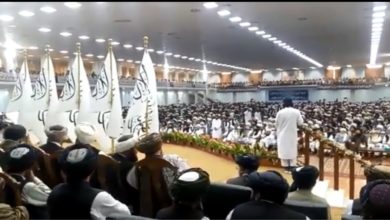