Tuesday, June 24, 2014
Kabul (BNA) As a national process, the improved seed distribution, has been going on since five years in Afghanistan for self-sufficiency of farmers by the Ministry of Agriculture throughout the country said in a telephone conversation to media, the head of improved seeds distribution coordination of the Ministry of Agriculture Sayed Sebghatullah Elmi adding that the ministry has allocated a certain budget for this process and so far its technical and administration works have advanced over eighty percent and merely its practical section has remained. This year the ministry plans to cover over 30, 000 farmers de- serving receive improved seeds in 34 provinces.
Elmi went on  to say, generally wheat is planted in two seasons of spring and autumn and improved seeds are distributed only in autumn season on late October and are sown in Aqrab and Qaws. We have not started distribution yet. We have only sent proposals and procedures to all provinces. Contracts will be held later and then improved seeds are transferred to provinces and distributed through provincial agriculture deportment to deserving farmers. Elmi said that improved seeds are distributed with 70% discount to deserving farmers because the farmers don’t afford to buy it from the free markets.
Touching the effectiveness of improved seeds for growth and development of harvest, Elmi said, according to anticipation of the Ministry of Agriculture, these improved seeds will increase the harvest, 10 to 20 percent on the condition that it is planted in standard method. There are improved seeds companies in 28 provinces. He went on to say, there are many virgin lands in Afghanistan if these land are irrigated and come under cultivation it would remain direct impact on peasants living conditions. One of the farmers of Khawja  Omari district said, last year the provincial agriculture deportment distributed improved seeds to us and we achieved good results, and harvested there fold yields. Beside that black and white fertilizers are also distributed ageist reasonable prices. In most provinces, the horticultures complain on low sale of their products and consider the authorities of the Ministry of Agriculture responsible for this situation. 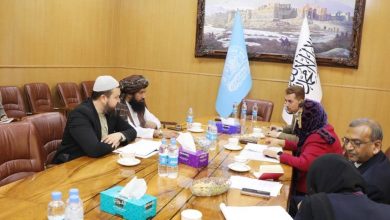 Ghazni Custom Revenue up by 20 percent