Kabul (BNA) Sources affiliated with the Islamic Emirate say that ISIS has no permanent presence in Afghanistan and that the joining of a number of former Afghan soldiers to the group is unrealistic.

Bilal Karimi the deputy spokesman for the Islamic Emirate called foreign media reports about the former security forces joining ISIS propaganda, saying that ISIS had no fixed position in Afghanistan and would be suppressed by Islamic Emirate forces even if it made any move.

He stressed that ISIS in Afghanistan does not have the capacity to recruit people.

This statement is in response to the news published by a number of Western media that a number of former soldiers have joined forces with ISIS.

The Wall Street Journal, meanwhile, claims that US-trained intelligence and military agents of the former Afghan government are registering to join ISIS.

The newspaper said that some trained Afghan soldiers who are under threat from the Taliban have signed up to join ISIS.

But these statements have been denied by the news sources of the Islamic Emirate.

It should be said, in less than ten days, about a hundred people who are said to be members of ISIS have surrendered to the Islamic Emirate in Nangarhar.

The Islamic Emirate has assured the people of Afghanistan and foreign countries, especially its neighbors, that they will not allow Afghanistan to be a place of threat to others. 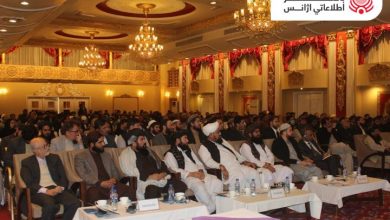