Kabul (BNA) Ahmad Zia Massoud, President’s Special Representative on Reforms and Good Governance held National Urban Transport Committee with the presence of its permanent members at his office the other day, a statement from his office said.
According to the statement, at the outset, the members of the committee briefed Zia Massoud on implementation of their prior decisions.
Ramazan Shafaq, head of plan and policy of ministry for transport and aviation informed Zia Massoud on proposal on transport arrangement in Kabul city and it was sent to High Economic Council to be included in its agenda, the statement added.
He also reported on problems faced by the western terminal project implementation in Kabul to Massoud, as the work has not still started on, the statement continued.
After discussion about the issue, the committee decided that the ministry of transport and aviation should practically start work in the project, and if the residents have any problems should refer to related organizations and legally tackle them. Likewise in the session, the participants discussed increasing protection walls alongside the Kabul roads and streets, work in Parwan-e-Sewom Street to Saray-e-Shamali and some other related issues.

67 Tons Of Transformations Made In a Week Via Railway: ARA

Haqqani Asked Businessmen to Invest in the Country Valiantly 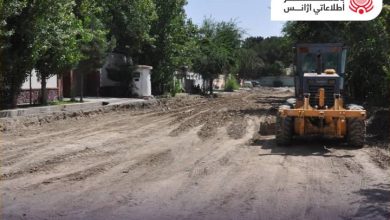