KABUL (BNA) The Islamic Emirate of Afghanistan Prime Minister, Mullah Muhammad Hassan Akhund, in a meeting with the governor of Badakhshan Mawlavi Amanuddin Mansour heard the problems of the province, on Saturday in Arg.

The governor of Badakhshan Mawlavi Amanuddin Mansour, shared problems of that province, mainly about Shorabak Dam, the reconstruction of Fayzabad provincial hospital and to a statement released by Arg some other issues of the province were discussed.

The Prime Minister of the Islamic Emirate of Afghanistan, Mullah Muhammad Hassan Akhund, said his excellency will send a delegation to address the power and health problems of the Badakhshan province. 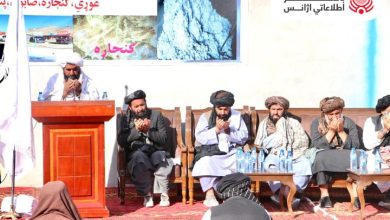