Wednesday, May 21, 2014
Kabul (BNA) Acting president of the Islamic Republic of Afghanistan Mohammad Younus Qanooni paid visit yesterday to Tahia-e-Maskan orphanage and talked to the orphanage’s students and officials related to their problems.
BNA reported, the visit was also attended by Minister of Labor, Social Affairs, Martyred and Disabled Amina Afzali, general director of the orphanage Sayed Abdullah Hashimi and a number of the ministry’s directors. Minister of Labor, Social Affairs, Martyred and Disabled considered that paying visit of acting president from an orphanage was as important and added students at the orphanage were under direct support of government until they reached to 18 according to the orphanages’ regulation, but they wouldn’t be supported after the age of 18, so they could not join universities to continue their higher education.
During the visit, acting president while showing cordiality to children and students of Tahia-e-Maskan Orphanage said, “You belong to families sacrificed for freedom and independence of Afghanistan and are heroes of national honor and exaltation of their country.” First vice president and acting president added the best servants were those who were in the service of the country’s martyred sons and they were also supporting you.
Qanooni asserted he would suggest that article of orphanages’ regulation to ministerial council for modification, because students at the orphanages could not benefit support of government after the age of 18 according to the orphanages’ regulation.

Explosion of a Rocket Warhead Left 5 Dead, Injured 2 In Farah 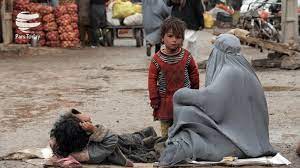