Sunday June 15, 2014 Kabul (BNA) Despites threats from the country enemy to disrupt the process for the second round of the country’s historical election, Afghans went to the polling centers and cast their votes for their favorite candidates. In southern Kandahar province, under the country’s security forces firm plan, the people could peacefully go to the polling sites and used their franchise for a bright future and development of the country, as a female voter in Kandahar city said, however, there was no threat from insurgents to prevent them from going to the polling sites, but in case of such warning, they have dared any kind of militancy and cast their votes to see their country embraced development under a secure and peaceful atmosphere. She said on condition of anonymity that they would never allow anyone to try them for their rights.” A bright future is our earnest hope and desire. We had said “No” to all the past tortures and injustices emerged from chaos and turmoil and would let no one to once again turn us back into the medieval trying circumstances, the symbol of which was the conditions before the last more than more than one decade.” Under the wise leadership of the Islamic republic of Afghanistan, national partnership and unity are completely practiced, with President Hamid Karzai who had vowed to essentially hold a duly election process in the country, the Afghans desires is going to be completed. The Afghan National security forces (ANSF) including army, police and personnel of the National Directorate for Security (NDS) could firmly take security of the process in the second round as they succeeded in the first phase and helped millions of Afghans to go to the polling sites and democratically use their votes for their own candidates. Women’s participation in the voting stations were several times eye-catching compared to the first round in Kandahar province, where they said under the country’s security forces could successful tighten security of the process and gave a lesion to the country’s enemy that they can never dishearten the Afghans from reaching their rights through a democratic process. People in the north, east, south and the eastern zones of the country once again showed that they can do more for their own and their country through the Islamic Republic facilitated national partnership and national unity. Despites the rebels threat to target anyone supporting and guarding the process or participating in the historical event, the timeout as something beyond expectation. So, the election winner should also practice the national partnership, fill any possible defections and do what is in the interest of the Afghans and the country. 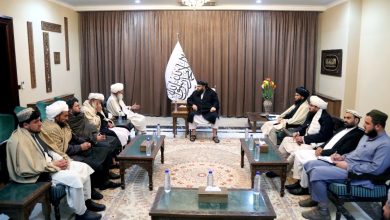