Tuesday, December 24, 2019
Kunduz (BNA) Seven Taliban insurgents were killed in Kunduz province last night.
General Abdul Rashid Bashir police chief of Kunduz told BNA, attack of Taliban terrorist group on police checkpoint in Qala-e-Zal District repulsed.
In the attack, seven Taliban insurgents were killed, four others have been injured and others were fled the scene, he added.
According to another report, a weapons cache of Taliban was destroyed in security forces operation in Chardara district, Kunduz province, numerous of weapons were seized from the cache.
T. Yarzada 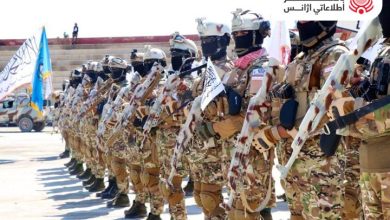