Kabul (BNA) During the second day of his visit to China, the Second Vice-President Sarwar Danesh met with Chinese deputy premier and member of the country’s government council.
In the meeting, VP Danesh asserted that besides investment in various sectors, the Chinese government has signed agreements with copper mine and extraction of oil from Amu River in the north of Afghanistan, adding that the two projects could be a key step in relations between the two countries. He further said that the government and people of Afghanistan wanted acceleration in implementation of the two projects and supported them despite all problems in the country. “Currently eight agreements have been signed between Afghanistan and China and we want working groups to be created between the two countries for execution and implementation of the agreements”, VP Danesh added. In the meeting, member of the Chinese government’s council by welcoming the Afghan delegation asserted relations between China and Afghanistan were further expanded and his government was fully supporting the government and people of Afghanistan. According to another report, Second Vice-President Sarwar Danesh delivered speech in opening ceremony of China’s west exhibition, saying that after establishment of the People’s Republic of China in 1949, relations between Afghanistan and China gradually expanded in various political, economic, cultural and security sectors and today both government were determined to further expand the relations with full confidence and mutual respect. 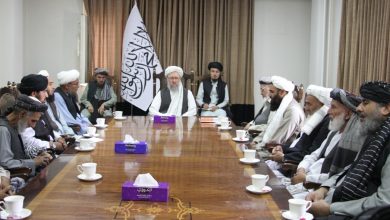