Sunday, July 18, 2021
Kabul (BNA) At least 133 people have died in the flooding, including some 90 people in the Ahrweiler district south of Cologne in Germany, according to police estimates on Saturday. Hundreds of people are still missing.
Around 700 residents were evacuated late on Friday after a dam broke in the town of Wassenberg near Cologne, authorities said.
Over the past several days the floods, which have mostly hit the states of Rhineland Palatinate and North Rhine-Westphalia, have cut off entire communities from power and communications. The flooding has also hit parts of Belgium and the Netherlands. At least 20 people have died in Belgium.
The Afghan Ministry of Foreign Affairs extended condolences over the loss of lives in the floods.
“With deep regret, the Ministry of Foreign Affairs of the Islamic Republic of Afghanistan has learned about the tragic loss of lives due to devastating floods in North Rhine-Westphalia, in the Federal Republic of Germany,” a MoFA statement said.
“The Minister of Foreign Affairs of the Islamic Republic of Afghanistan Mohammad Haneef Atmar offers his heartfelt condolences to his German Counterpart Mr. Heiko Maas, the families and friends of the victims, and the government and people of Germany,” the statement added. “Our thoughts and prayers are with the victims and their families and friends.”
European Commission President Ursula von der Leyen said on Friday that the widespread flooding is evidence of the need for urgency in acting on climate change. “It is the intensity and the length of the events that science tells us this is a clear indication of climate change and that this is something that really, really shows the urgency to act,” she said.
Yarzada 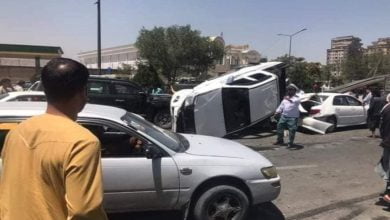 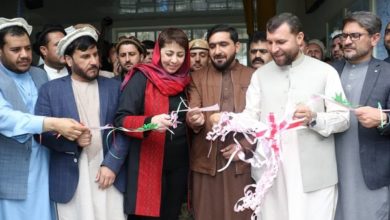