Kabul (BNA) Following increasing of insecurities in a number of provinces of the country, lawmakers by expressing concern over insecurities have asked the government to take serious steps in this regard.
Speaking in general meeting of parliament’s lower house, speaker of the house Abdul Rauf Ibrahimi said: “In recent weeks, Taliban have increased their attacks on some parts of the country in particular Ghazni, Farah, Urzugan and Badakhshan and if the government does not pay serious attention to the situation, armed insurgent groups will increase their attacks on the respective provinces.” Ibrahimi believes that Taliban have recently got modern arms and ammunitions causing increased casualties of Afghan forces and civilians. “The insecurities have intensified ahead of the Moscow meeting on Afghanistan held on Friday with participation of Afghanistan’s high peace council and representatives of the Taliban group that wants to show its power to the world,” Ibrahimi added. On the other hand, representatives of Ghazni people in lower house of parliament say increasing insecurities in the province can put negative impacts on security of Kabul; therefore, the government should adopt necessary measures to address current insecurities in Ghazni province. In the meantime, officials for ministry of defense have informed of particular preparations for addressing insecurities in some provinces of the country.
“Afghan National Defense and Security Forces (ANDSF) will continue their military operations to suppress insurgents and provide security for the people,” said Ghafoor Ahmad Javed, a spokesperson to ministry of defense.
He added that military operations were underway in various provinces of the country such as Ghazni, Urzugan, Badakhshan, Kunduz, Faryab and Farah. Afghan military experts believe that in recent months armed insurgent groups have sustained heavy casualties in military operations conducted by ANDSF in various parts of the country; therefore, the insurgent groups have increased their attacks to revenge it. “Experiences have shown that armed insurgents are always trying to insecure strategic provinces of the country. Thus, the government of Afghanistan should further make effort towards strengthening intelligence organs to spoil most of the attack and plots of the enemies,” said Javed Kohistani, an Afghan military expert. He also stressed on further coordination between the country’s defense and security organs, adding that one of mechanisms that could defeat the armed insurgents was better coordination among security organs.
Hadi Khalid, former deputy of interior ministry, believes that Afghanistan is now in good position among regional countries; therefore, powerful and big countries want to cooperate with Afghanistan in maintaining peace and stability. He added that achievements in recent years have showed capabilities and successes of the country’s defense and security forces.
It is worth mentioning that the country’s defense and security organs have assured the people that the country’s defense and security forces have full preparations to control the insurgents’ attacks in strategic provinces of the country.
Suraya Raiszada 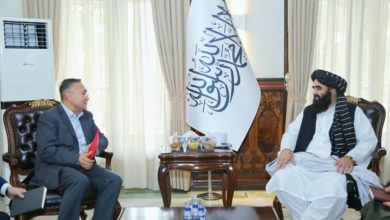 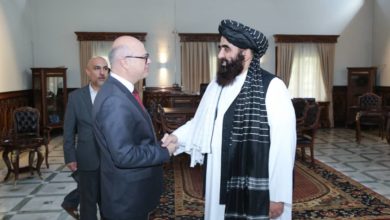 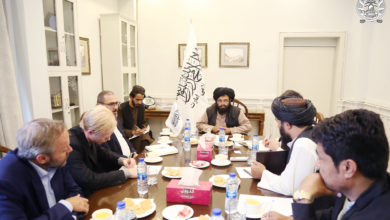 UNAMA Secretary General Deputy for Afghanistan: The World Knows that the IEA is Not Corrupt