Kabul (BNA)  The chairman of the Independent Administrative Reform and Civil Service Commission (IARCSC), Ahmad Nader Nadery, on Thursday said that the IARCSC findings show that in the districts recently seized by the Taliban essential government services have been halted, and a large number of civil servants have been harmed, or displaced from their areas to provincial capitals.

According to Nadery, the Taliban either torched or destroyed 260 government buildings and assets in 116 districts. Nadery said that 13 million Afghans have been deprived of social services in the Taliban-controlled areas and 50,000 employees including women have been affected in Taliban territories.

“There are more than 13 million people living in areas and districts recently captured by the Taliban, who currently have no access to public services. In these areas, hundreds of development projects such as the reconstruction of water supply networks, roads, retaining walls, the construction of schools, bridges, hospitals, stadiums, cold storage facilities, drilling wells, etc., have been shut down.

He also said that the damage done by the Taliban on state institutions is estimated to be around $500 million. He said that 4,000 public services employees have evacuated their native areas because of the threats of the Taliban.

“Attacks on civilian targets, including civilian infrastructure, is a clear breach of international humanitarian laws. These crimes must stop. A peaceful settlement of conflict and a shared future for our people is the only path to stop the destruction and suffering of our country and people,” said Nadery.

“In districts under Taliban control in Paktia province, only those women working in gynecology are permitted to work, but they must wear a Hijab and be accompanied by a Mahram,” he added.

“As the Taliban took control of the districts, more than 50,000 civil servants are unable to perform their duties and live in an uncertain situation. Nearly 4,000 of which have either been harmed or displaced from their areas to provincial capitals due to the bad security situation and threats,” said Nadery.

Meanwhile, the Afghan Independent Human Rights Commission (AIHRC) has said that there are reports that the Taliban imposed some restrictions on the people in areas under their control over the past few weeks.

According to the AIHRC, these restrictions included a ban on women leaving the house without a proper veil and male guardian, the closure of girls schools, a ban on the delivery of health services to women who do not have male guardians, a halt to TV programs, forcing teachers and students to not shave their beards, and putting on turbans.

“Thirteen million humans, 13 million oppressed people in Afghanistan have been affected due to the actions of the Taliban,” said Nadery. 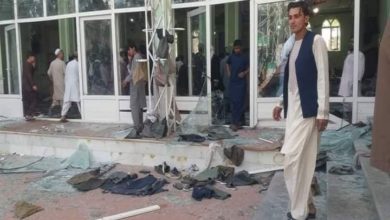 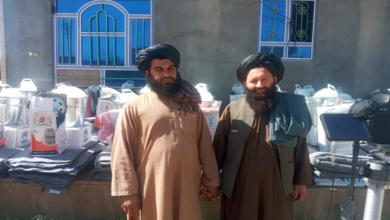