Tuesday, December 09, 2014
Kabul (BNA) Pakistan ambassador to Kabul Sayed Ibrar Hussain met yesterday with Second Vice President Sarwar Danish.
According to presidential press office to BNA, In the meeting, second vice president while considering terrorism and extremism as common threat for both Afghanistan and Pakistan said considering to common historical, cultural and geographical relations and common destiny between the two countries, it is necessary to make efforts towards counter common challenges and make use of current opportunities for the interest of our countries and region.
Danesh said, “Stability in Afghanistan and Pakistan is in the interest of stability in the region and foreign policy of national unity government is based on solution of regional problems and understanding with neighboring countries.”
Hinting to recent visit of President Mohammad Ashraf Ghani to Islamabad, second vice president considered the visit as sign of new government’s determination for consolidation of relations with Pakistan, stressing on extension of bilateral cooperation between the two countries in various sectors.
He praised Pakistan for providing higher education scholarships to Afghan students and considered extension of cultural relations between Afghanistan and Pakistan as significant, saying that national unity government is interested in extension of mutual relations with Pakistan.  At the meeting, Pakistan ambassador to Kabul Sayed Ibrar Hussain while expressing happiness over formation of national unity government in Afghanistan stressed on extension of relations and cooperation in various levels between the two countries. 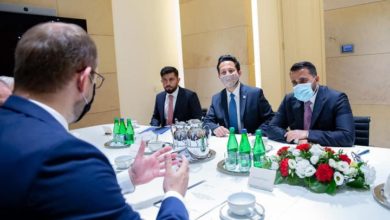 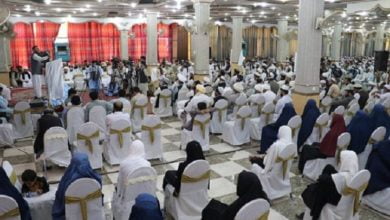