Kabul (BNA)  Chief Executive, Dr. Abdullah Abdullah Chaired the meeting of the Council of Ministers (CM), discussing key issues on the agenda, his office said in a statement Monday.
The CE said he had shared the issue of police and civilian death in the southern Urozgan province and assured to address the problems of the displaced peoples by the conflicts, the statement said.
Dr. Abdullah expressed deep regret over the last week’s helicopter crash incident, in which the deputy army corps, chairman of the provincial council and some other onboard have lost their lives and the recent fire in Khairkhaw market, resulting in the elimination of tens of shops and inflecting heavy losses on their economy, according to the statement.
He pledged to assign an investigation commission for evaluation of the incident to provide cooperation with the affected shopkeepers.
According to the statement, minister of commerce and industry, chamber of commerce and industries have been tasked to is cuss the issue related to the market’s fire, with the shopkeepers’ representatives for taking practical measures in tackling their problems as well as the minister of interior was tasked their problems as well as the minister of interior was tasked to pay attention on providing a modern and equipped fire-fighter sector.
He said Afghanistan position has improved 16 times in the World Bank works rating index, which can be said the result of the government’s reforms, effective programs and practical measures.
Pointing to the Laghman and Nangarhar people problems in term of long power outage, Abdullah said the issue would be discussed in the national Security Council, according to the statement.
The CE said preparations were made for the Geneva conference, which is hoped to prove effective in the implementation of the Afghans priorities through the international commitments in reaching permanent peace, the statement added.
Dr. Abdullah said five years ago, construction of an international Islamic University was committed to be funded by the Islamic Cooperation Organization leaders to be built in Kabul, and the national unity government would start the construction project in the capital, with a provincial branch in the eastern Nangarhar province, according to the statement.
“The previous government was on to build the university in Nangarhar, a plan against the Islamic Cooperation Organization’s program.  The Islamic cooperation Organization would possibly build the university in another Islamic country’s capital, so the government of Afghanistan cannot change the ICO plan in the construction of the university.
Participants of the Council of Ministers meeting shared issues related to the agenda, with the CE Abdullah instructing the ministries of water and power, economy and finance and the head of Breshna Sherkat the power supply company and the chief of National Environment Protection Agency to talks on the proposals and present the results related to the plan of the ministry of water and power to the next meeting of the council of ministers, the statement said. 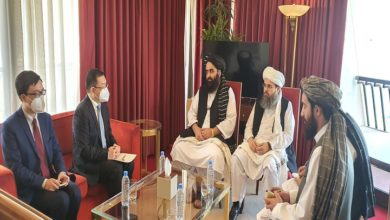 FM Muttaqi: IEA Wants to Have Good and Positive Relations with All Countries 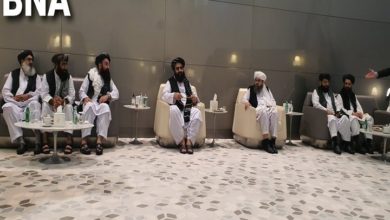 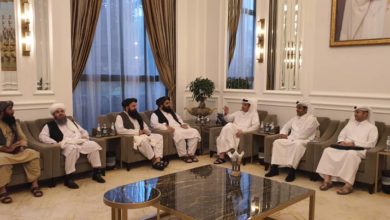