Sunday, May 11, 2014
Kabul (BNA) The first vice president Mohammad Younus Qanooni inaugurated the operations of set -1 satellite in the country.
According to BNA, in a ceremony held by the ministry for communications and information technology, Qanooni said in his speech that, “We are the witness of an important and historic achievement for the people and government of Afghanistan”, adding this satellite with the efforts of Afghan engineers for the first time started operations which also covers the radio and television networks. He also said that operating this satellite is also important for the country from economic point of view as it allocates considerable revenue to the government. Besides thanking the Afghan engineers for the achievement, Qanooni said that the achievements of the ministry for communications and information technology over the past 12 years are appreciable. Counting the achievements, the vice president said that progress in the fields of telephone internet and has been developed by government and private sectors. Qanooni also termed the rate of internet much higher than the capacity of middle class and called for its reduction as well as for improving mobile talks and internet services. Speaking at the ceremony, the minister for communications and information technology Amirzai Sangin that regarded operations of the satellite as a big achievement in the communication sector, saying 90 percent of the people of the country have access to communication services. He also said the satellite service would have positive impact in the fields of economy, good governance, transparency and social life of the country. 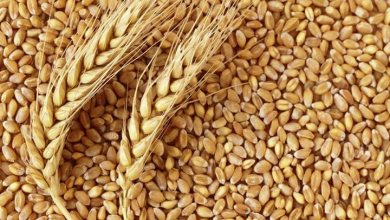 Wheat Harvest Increased by 60% In Herat