Tuesday June 10, 2014
Ghazni (BNA) Ahmad Zahir, this Afghan good tone signer is not only famous in Afghanistan, but he is well-known in the region and central Asian nations for his songs and art. What he crated had the smell of his people. He sang when his people were tranquil and was leading a bitter life. Simultaneous with the days of Afghan women movement, in teachers’ days, he staged the happy ceremonies and satisfied the artistic tastes of his audience. All people loved him and he also loved his people, the first song that he sand was named “Bulbul” or (Night-angle). In that time, he was a student of Habibia High School of Kabul, and hereafter he famed as “Bulbul-i-Habibia”.
After this, he occupied the hearts of all students and after short span of time, Ahmad Zahir found all people love him and his songs. The first song, Ahmad Zahir recorded at Radio Afghanistan was “Aakher-e-Darya”. Its music was also composed by him.  He worked for long with amateur arch-esters. Some of songs composed by Ahmad Zahir were sung by Zahir Howaida. In very days of his artistic life, Ahmad Zahir was copying other artistic’ songs, the compositors who to satisfy the artists tastes of people were not available. But his songs were accepting by all people including young generation and old people. his songs were torrid and he was making effort to sing even-better till attract the heart his audience and satisfy their taste.
All knew him and he loved all. Mostly, he selected good poems and his popular songs’ compositions were representing from his eye-catching taste. He didn’t found opportunity to follow the music academically through music school. Sometimes, the penmen were also helping him. He had great number of friends among poets and benevolent writers of the country. Majority of them consulted him about selection of poems from among rich classic literature of our country. Ahmad Zahir never had come under the influence of law-brokers of his time.
He never lay down his art in the service of government authorities. He was full of liberty. He love laugh and happiness and deep happiness was hidden in his voice. He belonged himself to people and the people also loved him. If three cassettes be in a house, it is a must that one of them is belong to the collection of Ahmad Zahir’s songs. Although Ahmad Zahir was enjoying a prosperous life, but he didn’t love it, he had unbreakable ties with neediest. According to him, the sweetest minutes of his life was a time that he was at the service of needy people through his songs. He never found the cordiality and purity in other places sans among neediest.
He never interested to money. Even after hours of a concert he performed all wages he earned during his concert, he awarded it to the first needy he faced with. It is correct that dead is strongest than all, takes the life of such kind and sincere man like Ahmad Zahir as well. Let’s narrate about his death. Because, those who see themselves in Ahmad Zahir’s songs and breathes in them believe that Ahmad Zahir is a music artiste for all time. Because, he comprehended the people’s feelings and was with them till the last breathe of his life. Ahmad Zahir lives in memories forever. 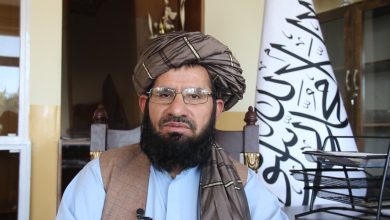